The Director of the Educational Advancement Centre, Ibadan, Mr. Muyiwa Bamgbose, has called on the National Universities Commission and authorities of Nigerian universities to create more admission spots for Advanced Level students.

Bamgbose, who spoke at the graduation ceremony of the institute recently, argued that students who went through the A/Level system had the capacity to exhibit maturity and academic excellence because the system that produced them prepared them for the academic rigours of universities.

Bamgbose also called on the Federal Government to do a critical review of university admission process.

In his view, the failure of the 6-3-3-4 system contributed to the low quality of graduates from Nigerian universities because they were not adequately prepared at the foundation level..“The sixth form or Advanced Level used tobe the decider.

What is needed is more admission quota for A/Level students in the universities,” he said.The founder of EAC also expressed concern over the quality of university graduates who later became teachers in secondary schools.

He said Nigerian teachers had not deviated from the old ways of teaching pupils how to recite and cram educational materials – instead of thinking and being creative.

He added that better university and other tertiary institutions graduates would only be produced with adequate preparation ofthe candidates at the foundation level.(punch) 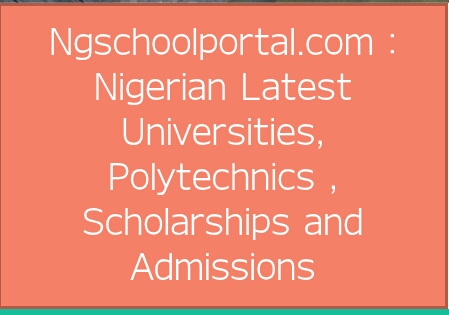