Kaduna Gets Another State university 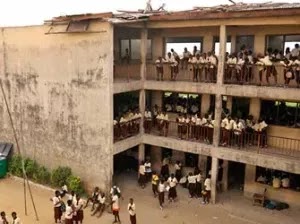 Gov. Muktar Yero of Kaduna State on Tuesday approved the establishment of the second state university to be known as the University of Science and Technology, Kafanchan.
Yero announced the approval when he received the report of the committee earlier set up to explore the proposal in Kaduna.
The News Agency of Nigeria (NAN) reports that the approval came barely three days to the end of his administration.
The governor said the establishment of an additional State University was in furtherance of the government’s objective.
He said that the objective was to enhance access to quality education by the people of the state.
The governor, therefore, directed the Secretary to the State Government to set up a committee for White Paper on the establishment of the University.
The seven-member technical committee, headed by Prof. Abubakar Rashid of Bayero University Kano was set-up in January to recommend the establishment of the Science University with four Faculties.
The report was presented to Yero by the committee’s Vice Chairman, Prof. Williams Curix on behalf of the chairman.
The committee recommended two additional faculties as well as the need to establish a specific budgeting template for the university considering the sensitive nature of the institution.
“The committee also calls for setting of management committee to specially manage intervention funds.
“We have six volumes of the report: the main report; university law; report on the financial structure and academic brief; the master plan and the geo-technical survey,“ Curix said
Curix, who doubles as the Vice Chancellor of Kaduna State University, said the main report highlighted the specific units required to be established to actualise the objectives of setting up the institution. (NAN)
Share :
Tweet
✚