38 pupils were awarded the state scholarship by Enugu govt 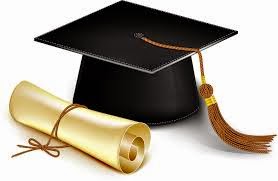 Following the People’s Democratic Party gubernatorial campaign promise of Enugu state government at Udenu local government area to train 38 pupils of Inland primary school, Imilike-Enu to first year students in the university and promote five teachers of the school to the next grade level in civil service, both the council chairman Mr. Amechi Nwodo, teachers and parents of the beneficiaries have appealed to the state government not to renege its promise to the children.

The 38 pupils were awarded the state scholarship by the incumbent governor Sullivan Chime for their beautiful welcome song composed by Mr Odoh Ifeanyi, a retired headmaster, at the gubernatorial campaign rally of the governor-elect Ifeanyi Ugwuanyi who equally hails from the local government area.

Vanguard Learning spoke with the local government council chairman Amechi Nwodo and some of the parents of the beneficiaries on the position of the scholarship awarded to the 38 pupils of Inland primary school barely two months ago. The chairman said that the council has forwarded the names of the pupils to the state government with their present classes and age of each of them for necessary action based on the scholarship for the children.

The     song composer Odoh Christpher told vanguard learning that he was satisfied with the scholarship awarded to the 38 children he mentored to perform at the rally last March, pointing that the art of music was a talent to him as he has composed several songs at different occasions not only    the one that fetched the Inland primary school children state scholarship.
Share :
Tweet
✚