Abia State handed over 100 primary schools to their original owners 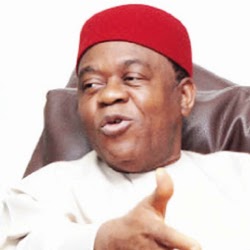 This is coming two years after the state government returned 30 secondary schools to some churches.
The military government took over the schools in 1972. The Anglican Church had 26 of its schools returned, followed by the Catholic Church, which got 25 of its schools back.
The Methodist Church had 16 of its schools also returned. Others were Quaibo Church, 12; Seventh Day Adventist, 8; and the Assemblies of God Church, four; and Apostolic Church got two.
Speaking at the event, Orji said, “We recall that since after the takeover, no other government either federal or state saw the need to reverse the policy , instead, for this decades our citizens including religious organisations and development agencies bore their grief in silent

Orji said that after handing over secondary schools to the churches, he had promised to also return primary schools to their owners after appraisal of the positive impact of the policy . He noted that the impact had been made in the secondary schools already returned to their owners.
The governor said that achieving quality educational system required the collaboration of all the necessary stakeholders including the government, religious bodies, development partners and private agencies.
He said that it was incumbent on the government to collaborate with the stakeholders to provide sound educational policies and infrastructure to improve the quality of education in the society.
Copyright PUNCH.
Share :
Tweet
✚