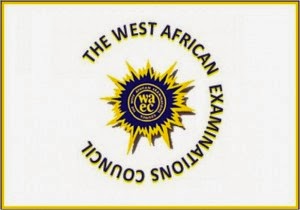 According to the News Agency of Nigeria, the WAEC Public Affairs Officer, Mr. Damianus Ojijeogu, made this known in a statement in Lagos.
The committee, he said, took the decision to cancel the results at its 59th meeting held in Lagos.
Ojijeogu said the committee reviewed a report on irregularity and special and clemency cases arising from the conduct of the May/June 2014 West African Senior School Certificate at the meeting.
The statement added that the committee considered a report on the conduct of the November/December 2014 WASSCE, including irregularity cases arising from the conduct of the examination.
It said, “In the course of considering the various reported cases of malpractice, the committee, after diligent deliberations, approved appropriate sanctions in all established cases of malpractice.
“This action is as prescribed by the rules and regulations governing the conduct of the council’s examinations.
“It approved that the entire results of such candidates involved in proven cases be cancelled.
“The communiqué also recommended that the subjects’ results of those involved in proven cases of malpractice be similarly cancelled.
“In addition, some candidates will also suffer other sanctions, such as barring them from sitting for the council’s examinations for a certain number of years.”
The statement said that the decisions of the committee would be implemented immediately.
It, however, said that the council would release results of candidates exonerated by the committee.
According to the communiqué, the committee’s sanctions will also impose sanction on all the ad-hoc examination workers that condoned the malpractice.
“The committee has directed all the ad-hoc examination functionaries indicted of involvement or condoning malpractice during the conduct of the examination, be reported to appropriate state ministries of education.
“The ad-hoc examination functionaries, who participated during the November/December 2014 WASSCE, would also be reported to relevant bodies for disciplinary action.
“This will be in addition to the sanctions imposed on them by the council.
“The committee, as in previous meetings, strongly expressed concern at the alarming incidence of malpractice in examination and urged stakeholders to join hands in curbing the menace,” it said.(NAN)
Share :
Tweet
✚

Waec 2017 held results has been released by Waec, I went to the Internet to check out the result, the result truly was released, but there was serious problem on the result, my chemistry was cancelled,English was E8, I called some of my friends who their results has also been released and they complain about the same thing, what am I
going to do now I have already gain admission and I need my result for clearance. I decided to browse the Internet to see if there is any link, then I came across a comment about Mr Austin how he has helped many people release and upgrade their waec result, I picked the number and I called him I told him all the problems an he told me why the result was like that, I sent him my exam details, I did all what he asked me to do, he told me to give him some time to work on it, surprisingly he called me yesterday and told me to recheck the result which I did, to my surprise he has helped me upgrade the English and my chemistry which was cancelled, was released. All thanks to Mr Austin for helping me to upgrade and release my waec result if you are having the same problem you can call him on 08147291499