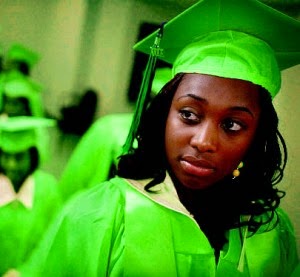 At the end of the contest, Ini Okoho and Onyekpe Chidubem, both of the Top Faith Secondary School, Uyo, emerged victorious with 55 points; while representatives from Cross River and Rivers states tied with 50 points to place second.

Representatives from Delta State came third with 45 points, while those representing Edo and Bayelsa states placed fourth. They scored 40 points each.
They all answered questions from Mathematics, Physics, Chemistry and Biology.
The Cross River State Commissioner for Education, Prof. Offiong Offiong, who spoke at the event held in Calabar, said the quiz was to encourage the study of sciences in secondary schools.

Offiong said, “No country can advance technologically without the core science subjects. So, this competition is an instrument for enhancing science education in the country. It is also to coach pupils toward their promotional and qualifying examinations and to build friendship among them.”

The competition, which started since 2001, the commissioner said, had brought immense benefits to secondary schools as pupils looked forward to the competition annually with the hope of winning the top prize.
The National Coordinator of the competition, Mr. Olutayo Sanni, said the programme had assisted many pupils in achieving their life dreams of studying at university levels.
Share :
Tweet
✚