We Want Some Federal Colleges of Education to get upgrade

The Committee of Chairmen of Governing Councils of Federal Colleges of Education has urged the Federal Government to upgrade some colleges of education that have the capacity to operate as universities. 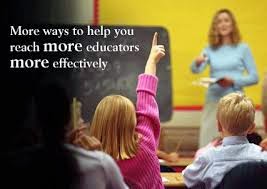 The committee also congratulated the president-elect, Mohammadu Buhari, on his victory at the polls.
The Chairman of the Committee, Senator Emmanuel Anosike, made this known in a communiqué on Monday.
According to him, the committee members met at the Alvan Ikoku College of Education, Owerri, Imo State.

The decision to canvass the upgrading of the colleges, the committee said, was to end the dichotomy between degrees and diploma holders.

The committee also frowned on the alleged encroachment on the property of some federal colleges of education in Akoka, Lagos and Owerri.

It also expressed displeasure over the continued embargo on recruitment of Physics, Chemistry, Science and Special Education teachers.

The communiqué read in part, “The committee recommended for serious consideration the upgrading of some colleges of education which have adequate staff strength and infrastructure to operate as universities of education.”
(punch)
Share :
Tweet
✚