For the third consecutive time, Covenant University has come tops again in the Presidential Special Scholarship Scheme for Innovation and Development (PRESSID) 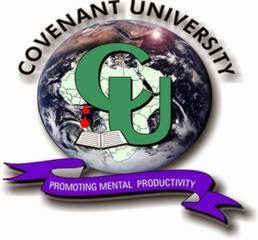 The University produced 11 First Class graduates among the 102 successful candidates for the 2015/2016 academic session of the programme, as published by the National Universities Commission, and signed by the Chairman, PRESSID Implementation Committee, Professor Julius Okojie.
While announcing the cheery news to the faculty and staff at a meeting on Friday, April 17, 2015, the Vice-Chancellor, Professor Charles Ayo, said this has again validated the excellent academic programmes of the University. He added that the success has proved that the University is hinging closer to the realization of her vision to be listed among the 10 leading universities in the world by the year 2022.
It should be recalled that Covenant University came tops in the maiden edition of the Scheme in the 2013/2014 academic session and also produced 10 percent of the successful candidate in the 2014/2015 edition.
The breakdown of this year’s result shows that the University produced 11 of the 102 successful candidates, representing 10.76 percent (approximately 11%). Also, the gender distribution shows that they were six males and five females.
A further breakdown by programme representation shows that Electrical/Electronics Engineering produced 4 candidates, ICT produced 2, Accounting, 1, Economics, 2 and Petroleum Engineering, 2.
The Federal Government of Nigeria instituted PRESSID as part of efforts to develop a critical mass of professionals who would serve as catalysts of change and agents of scientific and technological advancement, as well as sustainable economic development.
The Scheme sponsors selected first class graduates from any recognised and approved university in the country for postgraduate studies in the top 100 universities in the world.
Share :
Tweet
✚