The Economic and Financial Crimes Commission, EFCC,  has arraigned 17 year old Ojosipe Adedayo and his 24-year old accomplice Owolabi Ahmed before Justice Atinuke Ipaye of a Lagos State High Court sitting in Ikeja on charges of fraud and obtaining under false pretences. 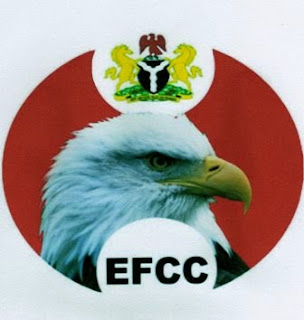 The prosecutor, Emmanuel Jackson said Adedayo, a HND II student of Moshood Abiola Polytechnic, Ogun State, an indigene of Alowonle Adigbe, Abeokuta, Ogun State duped one Adam Denborsky, an American citizen, of the sum of $2000 while pretending to be Marty Jason, a 30-year-old from Pennsylvania, USA.
Part of the charge reads, “Ojosipe a.k.a Marty Jason and Candice, on or about May 8, 2014 in Lagos had in your possession a document in which you represented yourself to be a single lady called Candice from Trenton, New Jersey, United States, who helps the needy to organise charity concerts and also help the homeless to get funds for Motherless Babies Home, which representations you knew to be false.”
Adedayo, who met his victim on Facebook, allegedly confessed to have received the money through Western Union and used the money to buy clothes and a phone.
On the other hand, Owolabi Ahmed, a.k.a Candice Skye, an HND II Electrical and Electronics student of Moshood Abiola Polytechnic, Ogun State was arraigned on three count charge of fraud for allegedly posing as an orphaned single girl, Candice Skye, from the United States.
Ahmed reportedly pretended to be a gemstone dealer in need of $2500 to facilitate the clearing of her goods with the Customs.
The prosecutor, Emmanuel Jackson said the offence is contrary to Section 6,8(b) and 1(3) of the Advance Fee Fraud and Other Fraud Related Offences Act NO 14 of 2006.
Both Adedayo and Ahmed pleaded not guilty and Justice Ipaye remanded them in prison custody and adjourned hearing of their bail application till the 21 of May, 2015.
Share :
Tweet
✚