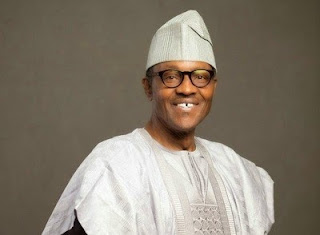 Agboola further said that the type of education and skills acquired from the polytechnics are superior to that of university education, said polytechnic education makes its graduands independent and self reliant.
According to him “polytechnic education is for job creation and not job seeking. It prepares students to be self-reliant rather than be job seekers.” It will be recalled that the Committee on the Social Sector of the National Conference held in Abuja had recommended the removal of the dichotomy on university/polytechnic graduates. The recommendation was made during plenary at the conference by the Chairman of the Committee, Iyom Josephine Anenih while presenting the report of the committee.
Anenih urged the Federal Government to remove the dichotomy in order to restore dignity in our tertiary education. According to him, tertiary education in Nigeria is provided by colleges of education, polytechnics, monotechnics, vocational enterprise institutions and universities established by federal and state governments as well as private organisations.
He said: “Despite the number and variety of tertiary institutions, admission challenges are huge and seem to be perennial.
Each type of institution therefore has different mandates in terms of preparing graduates for society. Given this understanding, both institutions should be adequately equipped and funded to achieve their goals.” Reacting to the recommendation, delegate representing Ondo State, Professor Femi Mimiko while opposing the removal of the dichotomy warned the Committee against posing a wrong question, saying that what is important is making sure each perfects what it is set out to achieve as they have different purposes and objectives. He stressed the need for adequate funding of the educational system.
Stakeholders are still waiting for Buhari’s administration to implement the committee’s National Conference on this issue. Meanwhile, speaking on the number of students matriculated, the rector gave the number as 2,800 and  warned them to shun any form of anti-social activities  which he said could ruin their future. Agboola  also advised them against other vices that could bring disrepute to the institution or that could prolong their academic pursuits on the campus. (Vanguard)
Share :
Tweet
✚