The Governing Council of Osun State University, UNIOSUN, has terminated the appointments of three principal officers of the state institution including the Vice-Chancellor, Professor Bashir Okesina with immediate effect. 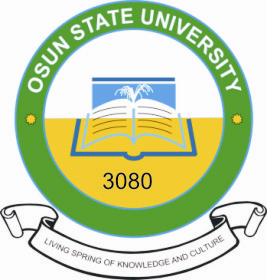 The council, on Tuesday, gave letters of termination of appointment to the Registrar and the Bursar, Dr. Julius Faniran and Alhaji Fatai Lasisi.
The termination of their appointments followed the recommendations of a visitation panel set up by the Visitor to the university, Governor Rauf Aregbesola.
The panel probed the allegations of financial misappropriation and mismanagement in the university.
But the university’s chapter  of the Academic Staff Union of Universities (ASUU) has rejected the decision.
In a statement by its Chairman, Dr. Abiona Oluseye and eight other officers, the union said the action was done in bad faith.
The union also said the sack was prejudicial and violates the principle of equity and fairness.