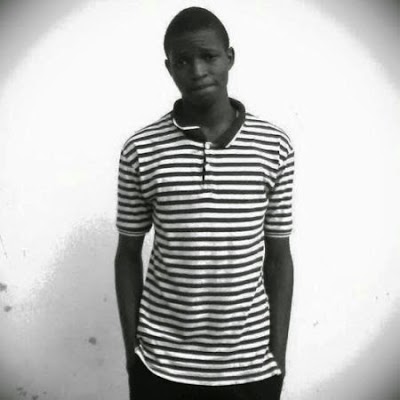 The Vice Chancellor of the University of Ibadan, Prof. Isaac Adewole, has given an account of how an undergraduate of the school, Mayowa Alaran pictured above, died last Thursday which resulted in major protests in the school. Fellow students of the deceased had alleged that their colleague who slumped while watching a match, passed away due to negligence by staff of the school's medical center. Speaking with newsmen in the school campus today May 13th, the Vice Chancellor debunked the students claims. What he said after the cut... "He carried out his normal activities earlier on Wednesday, May 6, 2015. Very early in the day, he attended the Gymnastics practical with other students in his Department (7.00 – 9.00 a.m.). He later went to attend the Induction Programme organized for fresh students in his department. He attempted to participate in a football match between his Department of Health Education and Human Kinetics and the Department of Library and Archival Studies (LARIS) in the afternoon, but could not due to the fact that he did not train with his department’s team. He thereafter returned to the faculty to attend a GES class that held between4.00 – 6.00p.m.It was from here that he later returned to Independence Hall to watch a football match between Barcelona and Bayern Munich relayed in the Junior Common Room, JCR. The match started at 7.45 pmthat evening. A generator was used to supply electricity to the JCR due to power outage that evening. The generator was placed about 50 meters away from the JCR. The student sat in the front row and was facing a non-rotating standing fan in the JCR. At about 30 minutes into the football match, a student sitting next to him observed that he had slumped and was motionless.​ The concerned student promptly carried him out of the JCR for resuscitation with the assistance of some medical students around who gave him mouth-to-mouth resuscitation" he said.
Share :
Tweet
✚