We present all the students in their third year of the Junior Secondary School the year 2015 Junior WAEC Timetable. 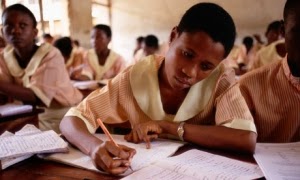 To transit from the ninth year of the basic education class to the senior secondary, the BECE is conducted for candidates in their third year of the Junior Secondary School. While each state of the federation and the FCT conducts the BECE for its candidates, NECO conducts the BECE for Federal Unity Colleges, Armed Forces Secondary Schools and other Federal establishments operating Secondary schools.
Private Secondary schools also take part in the NECO BECE provided they are permitted by their State Ministries of Education. Twenty two subjects are administered at the BECE level. A candidate is expected to sit for a minimum of ten subjects and a maximum of thirteen. A candidate is deemed to have passed the BECE if he/she has passes in six subjects including English and Mathematics.