University of Ilorin, UNILORIN to release modalities for its Post-UTME screening exercise soon.  The Vice-Chancellor disclosed that about 103,000 candidates subscribed for just 10,000 spaces in the University this year.

Against the backdrop of the ongoing controversy surrounding universities’ admission exercise for the 2016/2017 academic session, the Vice-Chancellor of the University of Ilorin, Prof. AbdulGaniyu Ambali (OON), has called on the Federal Government and the Joint Admission and Matriculations Board (JAMB) to soft-pedal and grant the country’s universities the liberty to admit candidates through their respective in-house rules.

Prof. Ambali, who made the call last Tuesday (July 19, 2016) while fielding questions on a weekly Yoruba current affairs programme on Unilorin 89.3 FM, “Oro t’onlo”, pointed out that the fact that the various universities are successfully running remedial and postgraduate programmes is a positive indication that they could equally handle undergraduate admission processes without much hitches.

The Vice Chancellor however disclosed that the University would soon release the modalities for its Post-UTME screening exercise.

Prof. Ambali said that the University had concluded arrangements to conduct the screening by August, as all the lecturers would have concluded the ongoing Second Semester examinations, adding that this would give them ample time to supervise the screening.

The Vice-Chancellor disclosed that about 103,000 candidates subscribed for just 10,000 spaces in the University this year, adding that those whose scores are within the cut-off marks set by JAMB are expected to take part in the screening exercise.

Prof. Ambali expressed  hope that the University’s on-going discussion with the National Universities Commission (NUC) would yield positive result and lead to the increment of Unilorin’s current carrying capacity.

The Vice-Chancellor, who also spoke on the need for Nigerian universities to have a sense of direction, said that it is high time for each Nigerian University to specialise in a particular field and ensure a steady production of graduates in specialised areas like Agriculture, Engineering, Technology and several others.

He pointed out that such graduates would then serve as ready-made drivers of the economy in their various chosen careers upon their graduation.

On plans by the University authority to provide students with more conducive environment, the Vice Chancellor disclosed that the institution had put up more hostel accommodation to be able to keep most students on campus.

Prof. Ambali pledged the readiness of the University authority  to purchase two additional buses to augment the existing school buses so as to ease the transportation challenges facing the students.

The Vice-Chancellor noted that the recent signing of a Memorandum of Agreement (MoA) with Scott Farms Limited; the US based Arrow Capital Company Limited and several other collaborative efforts with foreign companies would  further boost the University’s growth and development.

Prof. Ambali said that the collaboration between the University and Scott Farms Limited will provide a watershed for the University as it would afford the students in the relevant fields to acquire basic and fundamental practical knowledge in terms of storage of agricultural produces, preservation, and other processes of mechanized farming, as well as provide job opportunities for the teeming unemployed youths in the country.

He described the recently commissioned Engineering Research Centre, donated to the University by the Nigeria Liquefied Natural Gas (NLNG) Limited, as a laudable and rewarding project.

The Vice Chancellor reiterated his commitment to continue to make staff welfare a top priority while also making the provision of sound and qualitative education for the students a categorical imperative.

He, however, called on the staff of the University to continue to be dedicated to their duties, adding th 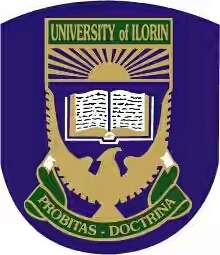