Post-UTME Screening: We are yet to decide, says UNILAG VC

The University of Lagos, Akoka, on Friday said it had not made any pronouncement concerning the mode of screening it would employ for placement of candidates seeking admission in the 2016/2017 academic session.

The Vice-Chancellor of the University, Prof. Rahamon Bello, said this in an interview with the News Agency of Nigeria (NAN) on Friday in Lagos.

NAN reports that the VC spoke against the backdrop of rumours that the institution had announced the release of cut off marks and the mode for its screening process.

According to Bello, such information concerning the screening mode and guideline for admission of candidates did not originate from the university.

“We have been hearing all sorts of stories concerning the method of screening we will be using for this year’s admission.

“This information is not coming from the university and so the candidates should be careful not to fall prey to these rumour mills.

“It is really surprising to us because we are yet to commence the 2016/2017 admission exercise, and consequently have not released any cut off marks or Post-UTME screening advertisement.

“We are yet to conclude because government has asked us to stay action and wait for a guideline before deciding on the mode of screening, but definitely there will be screening,’’ he said.

The VC urged UTME and Direct Entry candidates that chose the university as their first choice to regularly visit the website for updates.

The Deputy Registrar, Information Unit, Mr Toyin Adebule, told NAN that during the 2016 UTME registration, no fewer than 60,000 candidates applied for admission in UNILAG, which can accommodate only a little over 7,000.

The Minister of Education, Prof. Adamu Adamu, had in a JAMB combined policy meeting on June 2, scrapped the conduct of Post Unified Tertiary Matriculation Examination (UTME).

The Minister said that institutions were, however, at liberty to conduct their screening.

Post-UTME is conducted as the last lap for the selection of candidates into the nation’s tertiary institutions. (NAN) 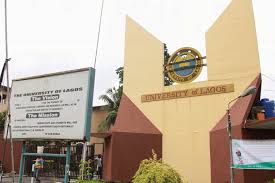