University of Ilorin, UNILORIN to get solar panel factory to boost electricity power generation and establishment of magic tree plantation. 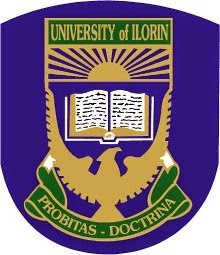 In its sustained effort to contribute its quota to national development, the University of Ilorin has signed a Memorandum of Understanding (MoU) with Egja-Meceng Nigeria Limited for the setting up of a 5MW Solar Panel Factory within the University campus.
The project is expected to substantially enhance the Federal Government’s effort to boost electricity power generation in the country.
The MoU, which was signed last Wednesday (January 21, 2015, is the first of its kind in the country. It also covers the establishment of up to 20,000 hectares of Smaragfa (magic tree) plantation on campus by the company.
The Vice-Chancellor, Prof. AbdulGaniyu Ambali (OON), signed the MoU on behalf of the University while the Chairman of Egja-Meceng Nigeria Ltd., His Royal Highness, Oba (Engr.) Isiaka Olajide Ajede, signed on behalf of the company.
According to the agreement, the company shall be solely responsible for the financing of the project, which will be executed in conjunction with Messrs Euro-Titan Power Renewable Resources of Hungary. The company shall operate on the University land so allocated to the project for a period of 30 years in the first instance renewable every 10 years.
The MoU also states that “the company shall establish the magic tree for the production of various types of plantation on the allocated land by the University upon which teaching, research and other agricultural growth and developments may be allowed in line with the enabling law of the University.”
The company also agreed to “ensure that its operations are within the rules/regulations and laws establishing the University and any other law in force in the country, while doing everything possible to protect the Environment through the establishment of its Solar Factory.”
On its part, the University of Ilorin has agreed to provide land and maintain all her facilities as it may fall within the project zone.
In his brief remarks before signing the MoU, the Vice-Chancellor thanked God for making it possible to site the projects in the University while revealing that the Unilorin Centre for Renewable Energy would commence soon.
Stressing the importance of the solar panel factory, Prof. Ambali maintained that electricity generating plants, which are used in most places in the country, are dangerous to humans and the environment.
Pointing out that apart from generating income for the University, the Vice-Chancellor said that the proposed factory would also contribute to research and training. He added that the turbulence in the global oil market makes it imperative to have clean and alternative power source.
He said, “We shall support the project and see to its successful take-off. Agricultural projects would help to guarantee our tomorrow. The University wants to make impact in its community and the signing of this MoU is our commitment to impact the community.”
In his own remarks, the Chairman of Egja-Meceng Nigeria Ltd., Oba Isiaka Olajide Ajede, said that the factory would be ready in six months and that it would be expandable. He commended the University for taking the “decision and bold steps” towards the actualisation of the project.
Meanwhile, the University also signed two other MoUs on the same day. One is for the construction of 270 bed-space hostel and the other is for the organisation of the World Universities Theatre Festival.
The MoU on the construction of hotel accommodation was signed with Seamface Global Solutions Ltd, represented by Mr. Ahmed Belgore, while the one for the theatre festival was signed with the National Troupe of Nigeria, represented by Mr. Bisi Ayodele, its Head of Administration and Human Resources.
Share :
Tweet
✚