This is to inform all staff and students that the 2014/2015 session commences on 26th January 2015.
See details as approved by Senate below: 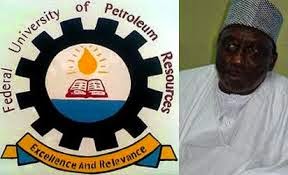