According to our source yesterday, it was learn’t that The leadership of the Academic Staff Union of Universities, ASUU, Port-Harcourt Zone, has berated the Vice Chancellor of Lagos State University, LASU, Professor John Obafunwa, over the alleged withdrawal of doctorate certificates of the chairman of ASUU, LASU branch, Dr. Adekunle Idris and 18 others. 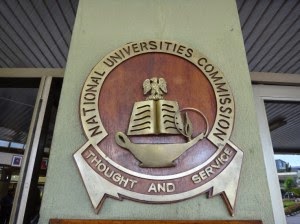 According to source in Yenagoa, Bayelsa State, the Zonal Coordinator, ASUU Port Harcourt Zone, Professor Beke Sese, who condemned the action, also accused LASU VC of high handedness, witch-hunting and plotting to destabilize the LASU branch of ASUU.
Professor Sese, flanked by the chairperson of ASUU, University of Port Harcourt, chapter, Professor Antonia Okerenguo and her counterpart from the Niger Delta University, Chapter, Dr. Satnley Oguon, and other ASUU executive members from the zone, queried the alleged interdiction of the National President of the French Teachers Association of Nigeria, Professor Tunde Fatunde by the Vice Chancellor over a charge of being rude to the Registrar, describing it as “ridiculous as it is ludicrous.”
This is insane lamented ASSU lamented and demand urgent explanation from LASU V.C.
Share :
Tweet
✚