Polytechnic Education is the Solution to Unemployment

For Nigeria to make a breakthrough in employment generation, it should pay more attention to technical education. 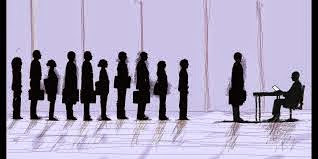 The Director of Communications and Development, West Africa Theological Seminary, Pastor Oluwafemi Martins, has described polytechnic education as the key to solving the nation’s unemployment crisis.
Martins stated this while delivering a paper at a forum of the alumni of the Yaba College of Technology on Sunday in Lagos.
Martins, an alumnus of YABATECH, said polytechnic education had helped many countries to resolve their unemployment challenges.
According to him, for Nigeria to make a breakthrough in employment generation, it should pay more attention to technical education.
He noted that the revival of technical education rested particularly in the hands of the government and the alumni associations of the polytechnics.
He also frowned on the discrimination being suffered by polytechnic graduates in the country, noting that they were supposed to be the engine room of any nation’s economy.
Citing the case of the Massachusetts Institute of Technology founded 1861 in response to the increasing industrialisation of the United States, he said   “a survey of living MIT alumni found that they have formed 25,800 companies, employing more than three million people including about a quarter of the workforce of Silicon Valley. Those firms between them generate global revenues of about $1.9tn a year.
“This means if MIT were a country, it would have the 11th highest Gross Domestic Product of any nation in the world. The institute has as of 2011 $9,712,628,000 Endowment. Many of MIT’s over 120,000 alumni have had considerable success in scientific research, public service, education, and business. As of 2011, 24 MIT alumni have won the Nobel Prize, 44 have been selected as Rhodes Scholars, and 55 have been selected as Marshal Scholars.”
Martins said there was an urgent need for the alumni of the nation’s polytechnics to come together and chart a course for the growth of polytechnic education.
He said, “Operating under one umbrella will enable them to set up a think-tank that will regularly evaluate the national policy on education, advice government and take pro-active steps in the formation of such policies.”
source:Myschoolgist
Share :
Tweet
✚

It all in our government hands