Federal University of Petroleum Resources, Effurun, FUPRE resumption date for the commencement of the 2014/2015 academic session. 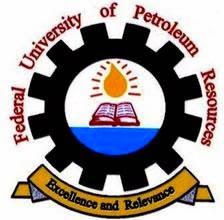