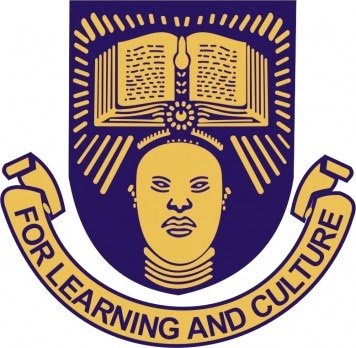 The signposts, which cost about N65,000 each, are erected at strategic places on campus including the Student Affairs Unit and some hostel buildings.
Commissioning the signposts penultimate Saturday (January 10, 2014), the Vice Chancellor of the University of Ilorin, Prof. AbdulGaniyu Ambali (OON), who was represented by the Deputy Vice-Chancellor (Management Services), Prof. Yisa Fakunle, commended Miss Panu for her zealousness and community service.
The Vice Chancellor said, “I want to congratulate Miss Panu and the NYSC for the good corpers they usually send to us”,  adding, “We at the University of Ilorin appreciate the thoughtfulness, the drive and dedication of Miss Panu Sewedo to this project that we are commissioning today”.
Prof. Fakunle told the youth corps member, “Please don’t think that because you are a young lady people see you as less than men. You are leading today. You are not only a leader of tomorrow, you are already a leader now. You can see the amount of support you had received from the University authorities since you commenced this project”.
He stated that “people who don’t get support are those waiting for things to happen. You are passionate that these billboards be well maintained. We have a maintenance policy in this University. You can observe that we maintain our buildings and other infrastructure. Be rest assured that these ones will also be adequately maintained”.
In his own remarks, the Kwara State Coordinator of the NYSC, Mr. M. A. Amusa, who led 18 other senior officials of the state NYSC secretariat to the commissioning, also poured encomiums on Miss Panu, describing her as a good ambassador of the NYSC.
Mr. Amusa expressed delight to be at the University campus and congratulated the Vice Chancellor, whom he said he had known since 2008 when he was at the University of Maiduguri.
The Coordinator noted that “the NYSC and universities need to work closer together because it is the universities’ products that we mentor and employ. Likewise, universities absorb our products as staff and postgraduate students”.
Pointing out that the University of Ilorin is the largest employer of corp members in Ilorin South Local Government Area of Kwara State, Mr. Amusa thanked the University administration for productively engaging corps members deployed to serve in the institution. He also urged the University to employ more corps members posted to the institution, especially those who rendered outstanding service.
“Whenever we go on visit to stakeholders, one of the critical statistics we want to know is the ratio of corps members sent to establishments and those that are eventually employed in that organisation”.
Mr. Amusa said, “Community development is one of our major programmes. We cannot initiate ideas and implement them if we don’t have support of organisations we are serving. So, again, we want to appreciate the Vice-Chancellor and all others that Miss Panu had mentioned for their support and favourable disposition to this project”.
“Let me remind you that as employers, you have the responsibilities to recommend excellent corps members for State and Federal Government awards”, the NYSC Coordinator stressed, disclosing that President Goodluck Ebele Jonathan (GCFR) has graciously raised the prizes for these awards. “Apart from guaranteed employment, recipients of Federal Government Youth Corpers award will be given government scholarships, local and foreign, to further their education in any course of their choice”, he said.
Earlier in her remarks, Miss Panu, who is doing her primary assignment at the Student Affairs Unit in the University, was full of gratitude to God and several University officials including the Vice-Chancellor, Prof AbdulGaniyu Ambali; the Registrar, Mr. E. D. Obafemi; Dean and Sub- Students Affairs, Prof. O. A. Omotesho and Dr. A. Yusuf respectively and the University Protocol Officer, Mr. S.O. Agboola.
She disclosed that she was motivated to embark on the project after settling down for her primary assignment. She said she observed that though the campus has very beautiful uniform signposts all around the Faculties, Departments and big offices, some other areas like the Halls of Residence, Student Affairs Unit, and their immediate surroundings lack such adornment.
“I said to myself, the Student Affairs Unit and Halls of Residents can also have these beautiful boards”, she disclosed, adding that at the beginning, she never knew she could do it particularly within limited time and with very limited resources.
Miss Panu, however, said, “The skills acquired during the production process cannot be over emphasized as I got myself involved in welding metals, painting iron sheets, working with the electricians and even the carpenters. It is an experience that will never be forgotten’