A student of the Federal University of Technology, Akure (FUTA), Mr. Saviour Okusenogu, a 100 Level student of Electrical/Electronics Engineering, has emerged one of the 10 global winners (and Africa’s best) in a competition organised by Microsoft Corporation.

Tagged ‘Microsoft Youthspark Challenge for Change Contest’, the competition is an innovative ideas contest that challenges youths across the world to present ideas on how to make a change in their communities and the world, using technology.

For emerging the best in Africa, Okusenogu won a Surface Pro 3 Computing System; $2500 cash award to enable him turn his idea into reality; a Windows phone’ the ticket to represent Africa in Nicaragua and the distinction of being designated a Microsoft Youthspark Advocate.

Of the 30 global finalists (including three Nigerians out of the over 2,000 initial contestants), Okusenogu emerged one of the 10 finalists who will eventually be at the grand finale in Nicaragua for two weeks from August 3rd to 16th, 2015.

Okusenogu, whose project idea is entitled ‘Become Inspired in Science and Engineering Technology (BISET)’, said he discovered that many young people have a wrong perception of science and technology and are either not involved in it at all or are not utilising it in a productive manner.

He said he decided to change this perspective by starting with the young people in secondary schools with the aim of inspiring them to have interest in science and technology for them to become creative, productive and innovative.

He said he looks forward to emerging the best in August and make FUTA, Nigeria and Africa proud.

The Vice-Chancellor, Professor Adebiyi Daramola, congratulated Okusenogu on his achievement, saying that the feat further confirms that FUTA is not just a leading university in Nigeria, but also internationally. 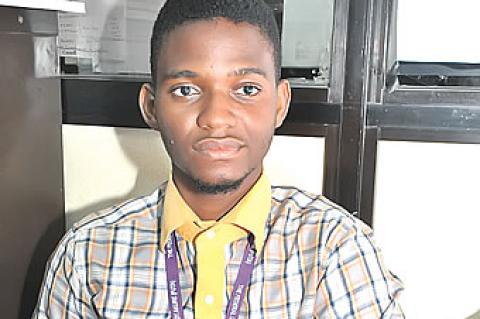