Federal University of Technology, FUTO new resumption date for the commencement of the 2014/2015 academic session. 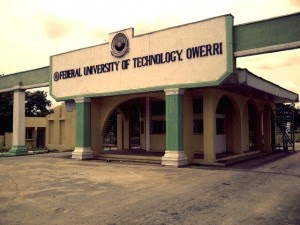 This is to inform all the undergraduates of the Federal University of Technology (often refereed to as FUTOITES) that the management of the university has re-scheduled the resumption date for the 2014/2015 academic session following a memo released by the office of the Registrar.
FUTO resumption date for the 2014/2015 academic session that was earlier scheduled for 4th of January, 2015 (as contained in the university academic calendar) has been re-scheduled to Sunday 18th of January, 2015.See shot of memo pasted within the campus below: 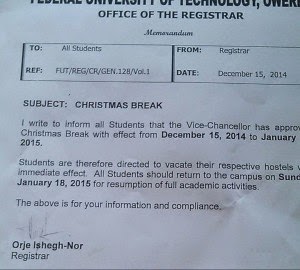