The Minister of Education, Mallam Ibrahim Shekarau, is optimistic about positive transformations in the educational sector by the administration of President Goodluck Jonathan, TheHerald reports. 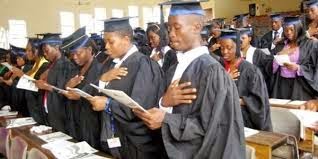 According to the minister, all Nigerians have got the access to quality education. He also noted that the investment in tertiary education by the administration of Goodluck Jonathan surpassed what was invested in the sector in the past two decades.
The Minister made this statement while speaking during an interactive session with reporters in Kano.


Talking in line with President Jonathan’s transformational agenda on education, the Federal Government has referred to certain facts and numbers.

He stressed in his speech that over 60,000 university lecturers were sponsored to study abroad, adding that 8 more federal universities were established. Moreover, 127 Tsangaya primary schools, 49 boarding secondary schools, 6 Polytechnics and 4 Federal Colleges of Education were built across the country.
Shekarau also expressed his discontent with inability of universities to access the Tertiary Education Fund, set up in 2011. He also reminded that the federal government approved N1.3 trillion for the revival of Nigerian universities.
It would be recalled that the Abia State University has recently announced about the school fees reduction starting from 2014/2015 academic session.
Israel Ahamefula, the President of the university’s Student Union, thanked the state government for making such a big step.

“On behalf of the students, I thank the state government and the school authorities for the reducing the fees. This has been a long-awaited welcome development.”
Share :
Tweet
✚