The University of Lagos, represented by the duo of Nathan Odiase and Temitope Ojelade, has emerged winner of the 2nd All Nigerian Universities Debating Championship. 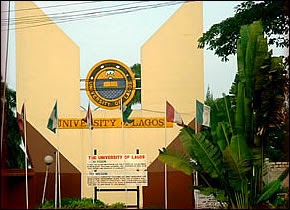 The competition, which came to an end on Thursday, January 29, 2014 at the Multi-Purpose Hall of University of Lagos, started on Saturday, January 24, 2015 at the Julius Berger Hall of the University.
University of Calabar emerged second while Imo State University got third position at the end of the competition which featured a total of seventeen varsities including the host, UNILAG.
Speaking at the closing ceremony, Vice Chancellor, University of Lagos, Professor Rahamon Bello FAEng; expressed appreciation to all participants in the competition. His words, “There are over 200 institutions and for us to have 17 varsities shows that you people are the best and I want you to count yourselves lucky.”
In a brief remark at the event, the Dean, Students’ Affairs Division, Professor Tunde Babawale expressed pride and joy that UNILAG hosted and won the 2nd All Nigerian Universities Debating Championship. He noted that the Championship provided a platform for UNILAG students to sharpen their skills within limited available resources.
Similarly, Barrister Victor Onuoha who represented the Executive Secretary of the Nigerian Universities Commission, Professor Julius Okojie underscored the importance of the Championship. He applauded the adjudicators, 17 participating universities and UNILAG for being a wonderful host.
The Closing Ceremony was witnessed by dignitaries including the Deputy Vice Chancellor (Academic & Research), Professor Babajide Alo FAS; Deputy Vice Chancellor (Management Services), Professor Duro Oni; Registrar and Secretary to Council, Dr.(Mrs) Taiwo Folashade Ipaye, MNIM; Director of Confucius Institute, Professor Segun Awonusi; Dean, Faculty of Arts, Professor Abayomi Akinyeye; Deputy Dean of Students’ Affairs, Dr. Kayode Adebayo and Deputy Dean II, Dr. Karo Ogbinaka, among others.
Share :
Tweet
✚