The authorities of the University of Port-Harcourt (UNIPORT) have released the academic calendar for the 2014/2015 academic session regular programmes. 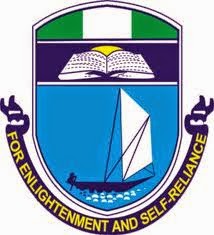