We present you the 2014 NECO GCE results statistics as announced by the Registrar of NECO, Prof. Promise Okpala. 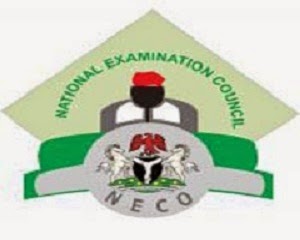 The National Examination Council (NECO) has released the 2014 November /December External Senior School Certificate Examination results.
The Registrar of NECO, Prof. Promise Okpala, who announced this in Minna, said that out of 61,386 who sat for the examination18,500 candidates passed with five credits and above including English language and Mathematics which represents 30.5 per cent of the total number of candidates who sat for the examination.
He disclosed that the percentage of those with the pass level is better than 28 per cent recorded in the last year’s Nov/Dec examination while the number of those who passed both English and Mathematics have increased in the examination.
Okpalla disclosed that 55 per cent of the candidates passed Mathematics in 2014.
As against 53 percent in 2013 while in English Language 52 percent passed with credit as against 48 percent in 2013 external SSCE.
Share :
Tweet
✚

I succeeded in upgrading my Neco Gce result with the help of Mr Osbert in Neco office, i never thought upgrading is real but seeing most of my friend who testified good things about Mr Osbert, i had to try it too and i am glad i made the right choice and i would advice if you are in need of his help too just contact him on 08110572177

I checked my Neco result and my performance was very poor, i needed it to further my clearance as i have already be giving admission in the University, i had no choice than to contact Mr Andrew because i had he do upgrade result, i contacted him and i never thought it was real just this morning i had to check my result again when i found that the subjects i failed before have been change to good grades. You can contact him in case you are having similar issues or yours is withheld call him on 08152240666 he is a genuine man